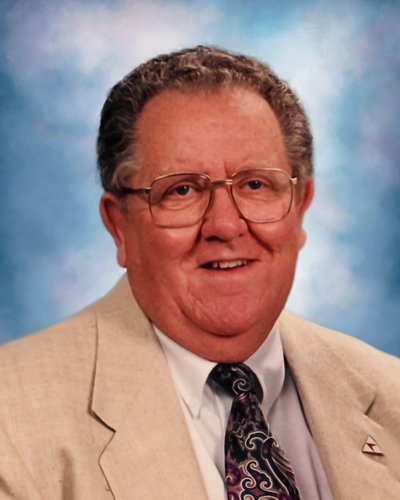 Mr. Higinbotham is survived by his wife, JoAnn Testa Higinbotham.  They were married June 20, 1970 and had celebrated forty-seven years of marriage.  He is also survived by two daughters Sandy S. McConville and her husband Mark of Falls Church, VA, and Sallie J. Cross and her husband Joe of Williamsburg, VA. As well as two grandchildren, Susan R. Cross and Joseph H. Cross.  Lemuel was also preceded in death by his first wife, Susan Arthur Higinbotham in 1968, and a brother Don F. Higinbotham.

Lem loved God and was proud of his family's long West Virginia heritage. He was devoted to his family & with his brother Don worked the family farm until his service in WWII. During his high school years, as a member of Boy Scouts of America, he earned the rank of Life Scout. Lem graduated from Bridgeport HS in 1945. As a Sergeant, he served in the US Army post-WWII Italy . Returning home in 1948, he obtained his BS degree from WVA Weslyan in 1951 & married Susan E Arthur from Weston WV in 1953. After a short career in local banking in WV, he moved his family to the Washington DC area to begin his 30 year career as an Agent, CLU for New York Life Insurance Co. He was married in 1970 to JoAnn Testa of Washington DC & resided in Rockville MD until his return to WV. Lem fell in love with sailing during his years near the Chesapeake Bay and enjoyed belonging to the Alberg 30 Association including serving as Commodore during his active years & especially loved social events with Members aboard his Alberg 30, the Koinonia. He was also devoted to his church through lay leadership & enjoyed singing in the choir especially with his two girls. He returned to his family home on Worthington Drive in the late 90s with his wife JoAnn. His genuine love for life and people carried on with his service to the community through volunteering with The American Red Cross, The Gideons International and The Clarksburg Mission Community. Lem also continued to serve the Lord through many church activities and looked forward to leading Adult Sunday school class at Bridgeport United Methodist church.

In honor of his life memorial contributions may be sent to the Clarksburg Camp of The Gideons International or The People’s Hospice of Bridgeport WV.