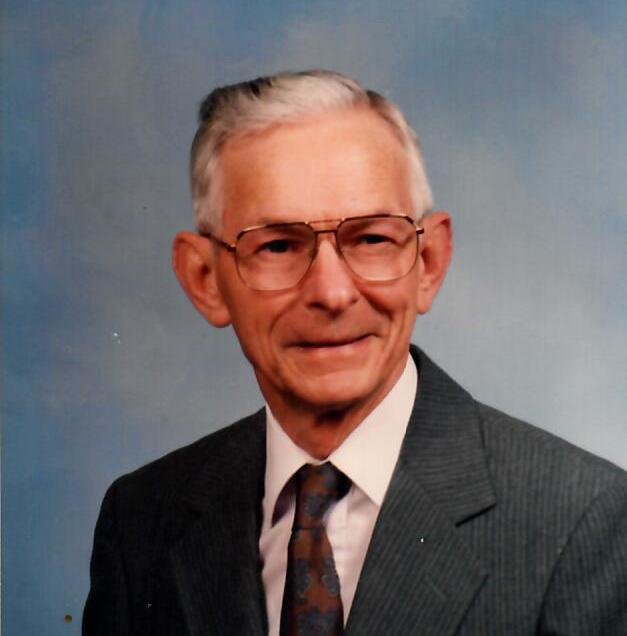 Clyde Earl Strother Sr, age 93, of 321 West Philadelphia Avenue departed this life in his home on October 27, 2019, following an extended illness.  Clyde, born in Metz, WV on January 24, 1926, was the son of Emery Lee and Leona Hugus Strother, and grew up on Dents Run in Mannington, WV.

In addition to his parents, Clyde was preceded in death by his beloved wife of 58 years, Ruby Shaffer Strother; four brothers, Lee E., Thomas C., William J. and Robert C. Strother; and two sisters, Dorothy Stuck and Phyllis Jean Sokolosky.
Clyde was a proud Marine and served as an Aviation Mechanic in the Pacific Theater of Operations during World War II.  He retired from CNG Transmission Corp in 1989 after 42 years in construction and maintenance.

Mr. Strother was a Master Mason for 50 years in the St. John’s Lodge No. 24 in Shinnston, WV, a volunteer builder for Habitat for Humanity and a volunteer of the UHC Hospital Auxiliary, where he and Ruby designed and built scenery for many of the Auxiliary Holly Balls.

Devoted to service as a member of the Bridgeport United Methodist Church, Clyde organized a group of men to help widows—or anyone in the area—who needed help with work in their homes. In 1998 he was selected as a Benedum Fellow for his community service to Bridgeport in a festival honoring the memory of Michael Late Benedum.

Clyde has always loved to work with wood and designed many of the sets for musicals for the Children’s Choir and along with his crew built a 16 foot whale, a Time Machine, an Ark and a Fiery Furnace.  For many years he participated in Vacation Bible School, helping the children build their own wood crafts, and he built some of the furniture for the Preschool.

The family of Mr. Strother would like to thank the caregivers who so lovingly cared for Clyde for over three years: Teresa Knapp, Denise Francis, Gwen Murray and several other special caregivers shared their love and care over the years. And much thanks to WVU Medicine Hospice, especially Tammy Cole.

In keeping with his wishes of helping others through medical research, Mr. Strother has donated his body to the West Virginia University Human Gift Registry.

A Memorial Service celebrating Clyde’s life will be held on Saturday, November 9, 2019, with Reverend Dr. Ken A. Ramsey presiding.  Visitation will be from 10:00 AM – 11:00 AM at Bridgeport United Methodist Church at 251 Worthington Drive in Bridgeport.  In lieu of flowers, the family suggests that memorial contributions be made to the Permanent Fund of the Bridgeport United Methodist Church, or to the WVU Medicine Hospice.  Condolences may be extended to the family at www.fordfuneralhomes.com.  The Strother family has entrusted the care and services to the Ford Funeral Home, Allen Chapel, 215 East Main Street, Bridgeport, WV.

To send flowers to the family or plant a tree in memory of Clyde Strother Sr., please visit Tribute Store
Saturday
9
November