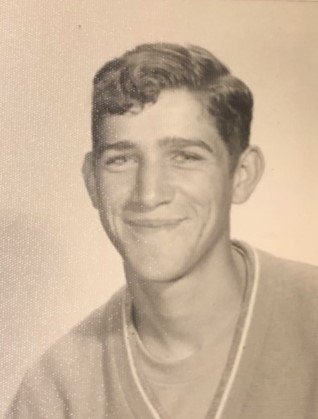 William Dale “Cowboy” Shriver, 70, of Fairview, West Virginia died Monday, September 30, 2019 at his residence.  He was born December 7, 1948 in Fairmont, WV a son of the late Ellen Imogene Shriver.

He was preceded in death by a son Vernon Andrew Sanford, a brother Randy Michael, a son in law Robert A. Wright, and a lifelong companion of 34 years Carolyn Sue Mays.

Mr. Shriver was a retired coal miner for the U.M.W.A. for over 40 years where he served as a Shaft Department Boss.  He was a Christian by faith and a graduate of Fairview High School.  He was always known as “Cowboy” to his friends and absolutely loved life on the farm, the outdoors, his horses and his other critters.  He also never knew a stranger and was known for his tree cutting ability.

Arrangements have been entrusted to the Ford Funeral Home, DeGarmo Chapel, 207 Second Street, Rivesville, WV 26588.  A private graveside service will be held for the family in the McCurdysville Cemetery with Pastor Fred Eddy officiating.  Online condolences may be made to the family at www.FORDFUNERALHOMES.com.