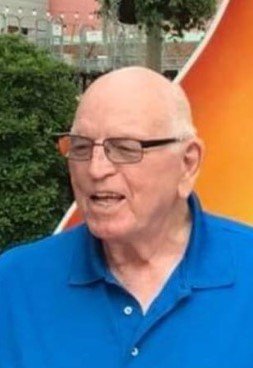 Donald Eugene Toothman, 83, of Rivesville passed away on Monday, September 23, 2019, at the Hubbard Hospice House in Charleston. He was born in Rivesville on October 14, 1935, a son of the late Willis Alton Toothman and Mary Ellen Moore Toothman.

Donald worked as a supervisor in the Natural Gas Industry and worked at Owens-Illinois for 38 years. He was a member of Highlawns United Methodist Church and a veteran of the U.S. Army. Donald was a member of the Elks, Moose Lodge and VFW. He enjoyed golf, bowling and watching sports, especially the Steelers, WVU football and WVU basketball. Donald will always be remembered for his love of ice cream and mud pie.

The family will receive friends at Ford Funeral Home, DeGarmo Chapel, 207 Second St., Rivesville, WV 26588, on Wednesday, September 25, 2019, from 2 p.m. until 4 p.m. and 6 p.m. until 8 p.m. and on Thursday, September 26, 2019, from 10 a.m. until 11 a.m. The funeral service will be held in the funeral home on Thursday, September 26, 2019, at 11 a.m. with Reverend Stanley Merrifield officiating. A committal service will follow at McCurdysville Cemetery where full military rites will be conducted by the Marion County Veteran’s Council. Online condolences may be made to the family at www.fordfuneralhomes.com.