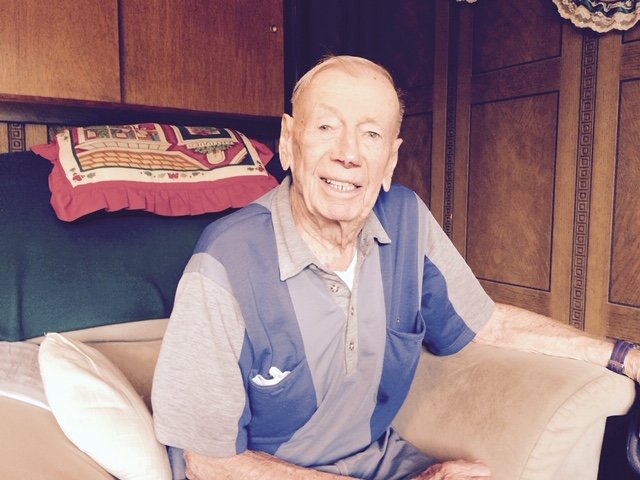 Harold Leon Sharp, 95, of Monumental Road Community (Buttermilk Hill), West Virginia passed away Thursday, August 1, 2019 at his residence.  He was born March 24, 1924 in Grant Town, WV a son of the late Clarence Eugene Sharp & Lillie Alice Toothman Sharp.  He was preceded in death by his wife Eva Wiens Sharp on July 22, 2017.  He and his wife were happily married for 74 years.

He was co-owner – operator, with his wife, of Sharp’s Esso/Exxon in Fairmont, WV with over 30 years of service.  He was a member of the Ballah Chapel United Methodist Church in Grant Town, WV and served as a trustee.  Mr. Sharp served in the United States Army during World War II in the 274th Armored Field Artillery Battalion and was in the Battle of the Bulge.  He was a 1941 graduate of Fairview High School.  He enjoyed the outdoors, mowing grass, being with family, traveling and spending winters in Bushnell, Florida.

The family will receive friends at the Ford Funeral Home, Ford Chapel, 201 Columbia Street, Fairmont, WV 26554 on Sunday, August 4, 2019 from 11 a.m. – 4 p.m.  The funeral service will be held in the funeral home on Monday, August 5, 2019 at 11:00 a.m. with Pastor Duane Stiles officiating.  The committal service will follow in the Beverly Hills Memorial Gardens in Westover, WV.  Full Military Funeral Honors will be conducted at graveside by the Marion County Military Veterans Council.  Online condolences may be made to the family at www.FORDFUNERALHOMES.com.