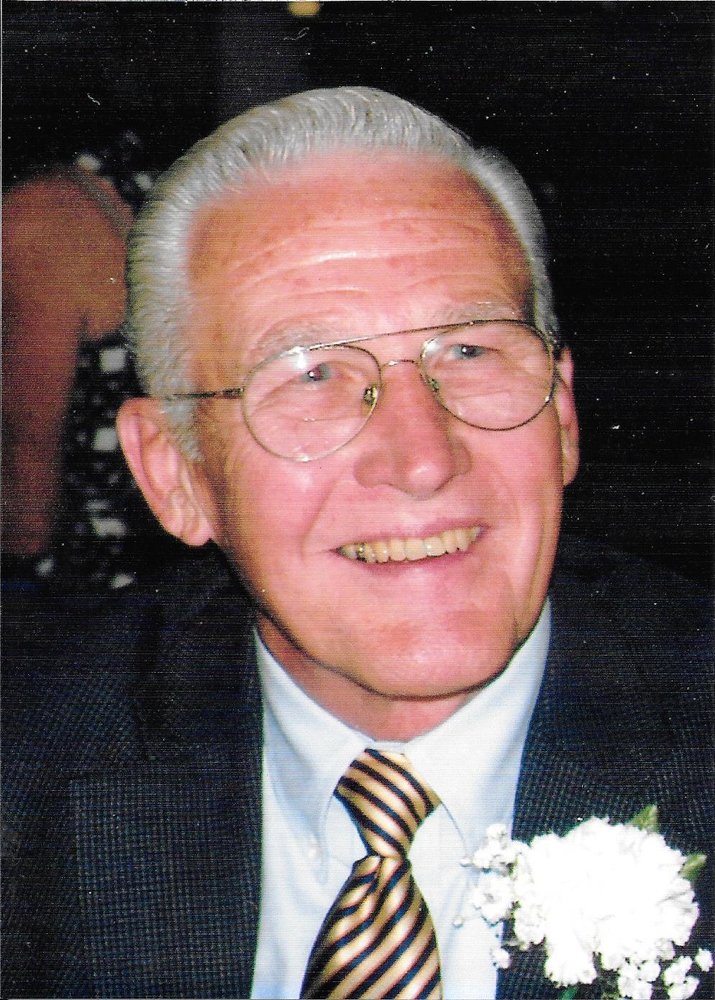 He was born in Phoenixville, PA on September 10, 1932, the eldest son of William F. and Eleanor (Malkoski) Klenk. He was preceded in death by his brother Jack Klenk.

Bill was a 1950 graduate of Phoenixville High School and a 1954 graduate of Grove City College with a BS degree in Metallurgy. He was a 3-year letterman in soccer at Grove City.

After entering the Air Force in 1954, he was assigned to Wright-Patterson Air Field and was honorably discharged as a Captain from the Air Force Reserves.

Bill spent 43 years working in the steel and aluminum industry, where he held a number of management positions in Pennsylvania, West Virginia, Illinois, Michigan and Ohio. He retired in 1998 from Precision Coil in Clarksburg, WV as manager of Quality Assurance.

Bill and Sally enjoyed their large and close-knit family. Children and grandchildren could always count on their love, support and attendance at baptisms, ballgames, graduations and weddings. The annual trip to Canaan Valley was, and will continue to be, a cherished tradition for the Klenk family.

Bill was a member of All Saints Catholic Church where he was an usher, served on the landscape committee and led retreats to St. Paul of the Cross Retreat Center in Pittsburgh. He was a 4th Degree member of the Knights of Columbus.

Bill spent his retirement years serving his community in many volunteer activities. He was a Master Gardener, a math tutor at Norwood Elementary School, honored as a Benedum Fellow in 2009, the recipient of the Governor’s Service Award in 2011 and member of the Board of Director’s of Life Choice Pregnancy Center in Clarksburg. He was also a funeral attendant for the Ford Funeral Home in Bridgeport, organized the Community Christmas Dinner in Clarksburg for many years and was an active member of the Civil War Round Table.

In lieu of flowers, the family requests memorial contributions be made in Bill’s memory to All Saints Catholic Church, 317 East Main Street, Bridgeport, WV 26330.

Friends will be received at All Saints Catholic Church, 317 East Main Street, Bridgeport, WV 26330, on Sunday, June 30, 2019, from 3 p.m. until 8 p.m. The Vigil Rite will be held Sunday evening at 7:30 p.m. Catholic Funeral Liturgy will be celebrated in church on Monday, July 1, 2019, at 10 a.m. Interment will follow in Bridgeport Cemetery in Bridgeport, WV. Online condolences may be made to the family at www.fordfuneralhomes.com.