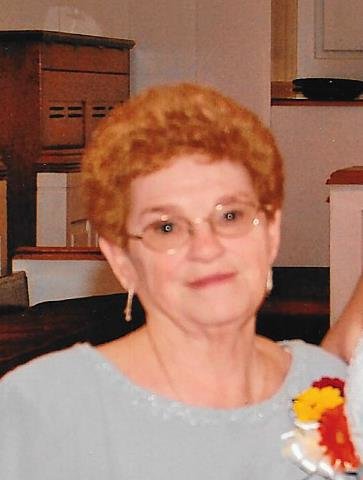 Juanita Mae Ashcraft, 83, of Fairmont, passed away on Wednesday, February 27, 2019 at Ruby Memorial Hospital in Morgantown, WV.  She was born December 29, 1935 in Fairview, WV a daughter of the late James W. and Elsie Starkey Lowe.

Mrs. Ashcraft was a member of the First Baptist Church in Fairmont and was a graduate of Fairview High School.  She retired from North American Philips where she worked in the glass plant.  Juanita was a member of the Pythian Sisters in Fairmont. She enjoyed baking, cooking, reading and spending time with her family.

She was preceded in death by her daughter, Tamara Wilson, her brothers, Richard Lowe, Jack Lowe, and Jim Lowe, and her sister, Mary Yeager.

The family would like to thank WV Caring Hospice and the Marion County Senior Citizens Center, especially Kathy Laughlin for her loving care.

Friends and family may visit the Ford Funeral Home, R.C. Jones Chapel, 1410 Country Club Road, Fairmont, WV on Friday, March 1, 2019, from 2 p.m. until 8 p.m. and on Saturday, March 2, 2019, from 2 p.m. until 4 p.m. The funeral service will be held in the funeral home on Saturday, March 2, 2019, at 4 p.m. In accordance with Juanita’s wishes, her body will be cremated following the funeral service. Online condolences may be made to www.fordfuneralhomes.com.