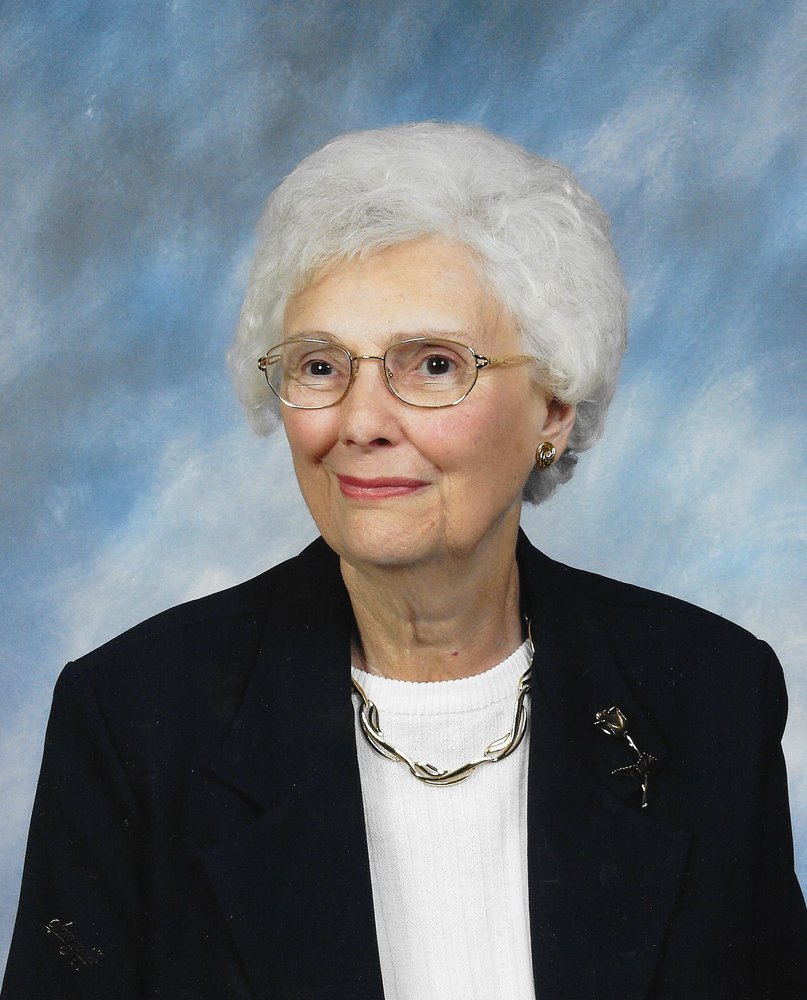 Marjorie Lucille Coffman Brookover, 92, of Fairmont passed away Thursday, January 3, 2019 at Genesis Pierpont Center with family at her side.

She was born January 8, 1926 in Fairview, a daughter of the late Keith and Ressie O’Dell Coffman.

Marjorie was a graduate of Fairview High School and Fairmont State College and began her teaching career in music at Fairview Elementary and High Schools.  She left teaching to raise her family, then continued her career at Bridgeport High School as a music and social studies teacher until her retirement.

She was an accomplished pianist and seamstress, an avid reader and loved to work puzzles.

In addition to her parents, she was preceded in death by her husband Clyde Brookover in 1974; a brother Monard (Artola) Coffman; and two brothers-in-law, Gilbert Musgrave and Darwin (Louise) Brookover.

The family especially wishes to thank the staff at Pierpont Center for the love and compassionate care they provided to Marjorie.

In lieu of flowers the family suggests a donation to the Permanent Fund at Bridgeport United Methodist Church or a charity of your choice.

The family will receive friends at the Ford Funeral Home, 201 Columbia St., Fairmont, WV 26554, on Sunday, January 6, 2019, from 1 p.m. until 7 p.m. and on Monday, January 7, 2019, from 9 a.m. until 10 a.m. The funeral service will be held in the funeral home on Monday, January 7, 2019, at 10 a.m. with Reverend Dr. Ken Ramsey officiating. A committal service will follow at McCurdysville Cemetery. Online condolences may be made to the family at www.fordfuneralhomes.com.

To send flowers to the family or plant a tree in memory of Marjorie Brookover, please visit Tribute Store
Sunday
6
January