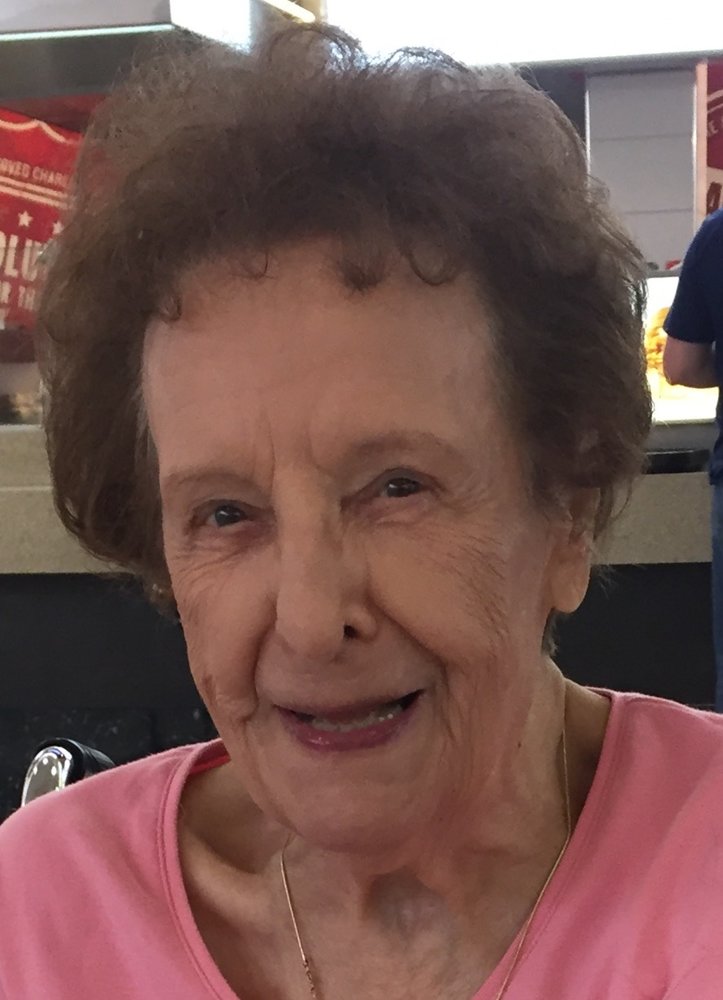 Irene Lavencheck Stingo, 98, of Fairmont, passed away on Sunday, December 9, 2018, at St. Barbara’s Nursing Home in Monongah. Irene was born in Grays Landing, PA on February 18, 1920, a daughter of the late Michael Lavencheck and Mary Roman Lavencheck. She was preceded in death by her loving husband John F. Stingo.

In addition to her husband and parents, Irene was preceded in death by seven brothers, her twin brother Theodore, Joseph, James, John, Mike, Anthony and Steve Lavencheck; and her sister, Mary L. Burdoff.

Irene retired from Westinghouse after 42 years of service.

The family will receive friends at Ford Funeral Home, R.C. Jones Chapel, 1410 Country Club Road, Fairmont, WV 26554, on Monday, December 10, 2018, from 5 p.m. until 7 p.m. and on Tuesday, December 11, 2018, from 10 a.m. until 11 a.m. The funeral service will be held in the funeral homes on Tuesday, December 11, 2018, at 11 a.m. with Greek Orthodox Father Sasa Nedic officiating. A committal service will follow at Shinnston Memorial Cemetery in Shinnston. Online condolences may be made to the family at www.fordfuneralhomes.com.

Share Your Memory of
Irene
Upload Your Memory View All Memories
Be the first to upload a memory!
Share A Memory
Plant a Tree