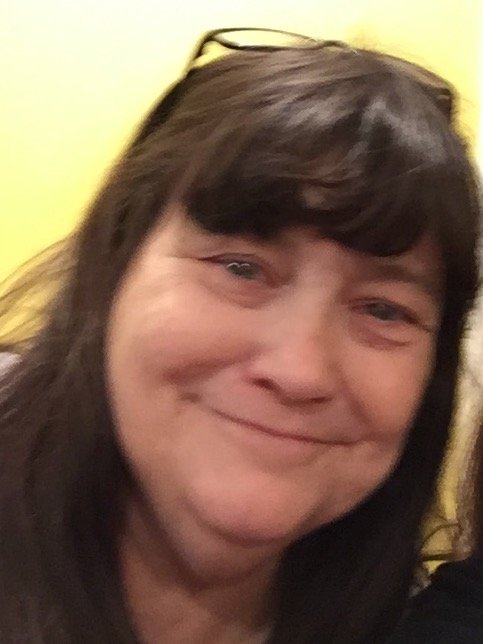 Theresa “Terri” Kay Dougal, 60, of Fairmont, passed away unexpectedly in her home on Sunday, December 3, 2017.  She was born April 6, 1957 in Fairmont, a daughter of Grace P. Schafer Riffle and the late Carl Burton Riffle, Sr.  She is survived by her husband, John Wilbert Dougal, Sr., whom she married on August 29, 1980.

Terri was a member of the Immaculate Conception Catholic Church.  She was a 1976 graduate of East Fairmont High School.  She was currently employed by Circle K working with food preparation and as a cashier.  Terri had previously worked for over 10 years with Walmart as a cashier and in the fabric department, as well as with Westinghouse Corporation in Fairmont.  Terri loved baking. She made several wedding cakes for family and friends and often donated baked goods for funeral dinners at church.  She also enjoyed sewing blankets and clothing for the family children as well as several wedding and pageant dresses for friends and relatives.  She enjoyed playing bingo and most of all, spending time with her grandchildren and family.

Friends and family may visit the Ford Funeral Home, 201 Columbia Street, Fairmont, WV on Tuesday, December 5, 2017 from 2PM until 8PM.  A Mass of Christian Burial will be held Wednesday, December 6, 2017 at 11AM at the Immaculate Conception Church, 405 Alta Vista Avenue, Fairmont with Father Jojan Joseph C.S.T. as celebrant.  Interment will follow at the Mt. Zion Cemetery in Fairmont, WV.  Online condolences may be made to www.fordfuneralhomes.com.

To plant a beautiful memorial tree in memory of Theresa Dougal, please visit our Tree Store

A Memorial Tree was planted for Theresa
We are deeply sorry for your loss ~ the staff at Ford Chapel
Join in honoring their life - plant a memorial tree
Services for Theresa Dougal
There are no events scheduled. You can still show your support by planting a tree in memory of Theresa Dougal.
Plant a tree in memory of Theresa
Share A Memory
Plant a Tree