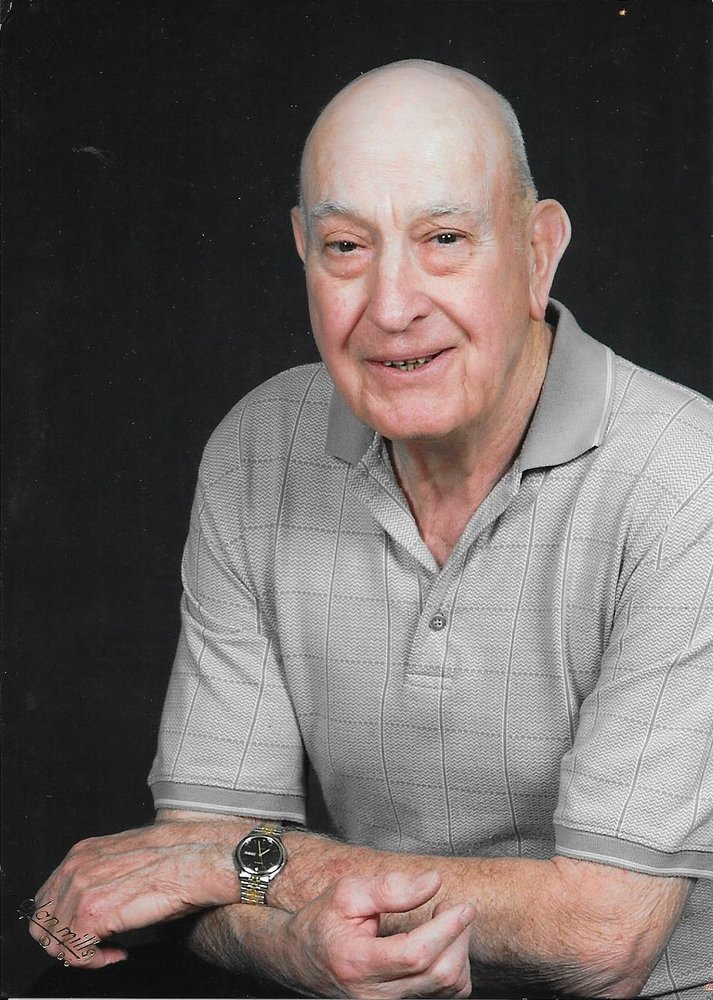 Bill was a member of the Central United Methodist Church in Fairmont.  He was a veteran with the U.S. Army having served during World War II.  He retired in 1978 with over 23 years with the Fairmont City Fire Department as a firefighter.  He also worked with T&L Wheeling, Thornes Hardware, and driving cars for Urse Dodge.   Bill was always smiling and never knew a stranger.  He was loved by all who knew him and acquired many nicknames including: Skin Head”, “The Bald Man”, “Curly”, “Whistling Pete”, and “The Joke Teller”.  Bill was a member of the V.F.W. #629 of Fairmont and the “Y-Squares” Square Dancing Group.  He enjoyed fishing at his cabin on the Buckhannon River.  Bill dedicated his life to caring for his wife Betty, the love of his life, throughout their marriage.

He is survived by his daughter, Debbie and her husband Robert Roupe of Fairmont. Granddaughter, Leslie, and great granddaughters, Emily and Elaina.

In addition to his wife, he was preceded in death by his granddaughter, Natalie Nicole Noechel, and his twin sisters, Pauline Kohl and Geraldine Raikes.