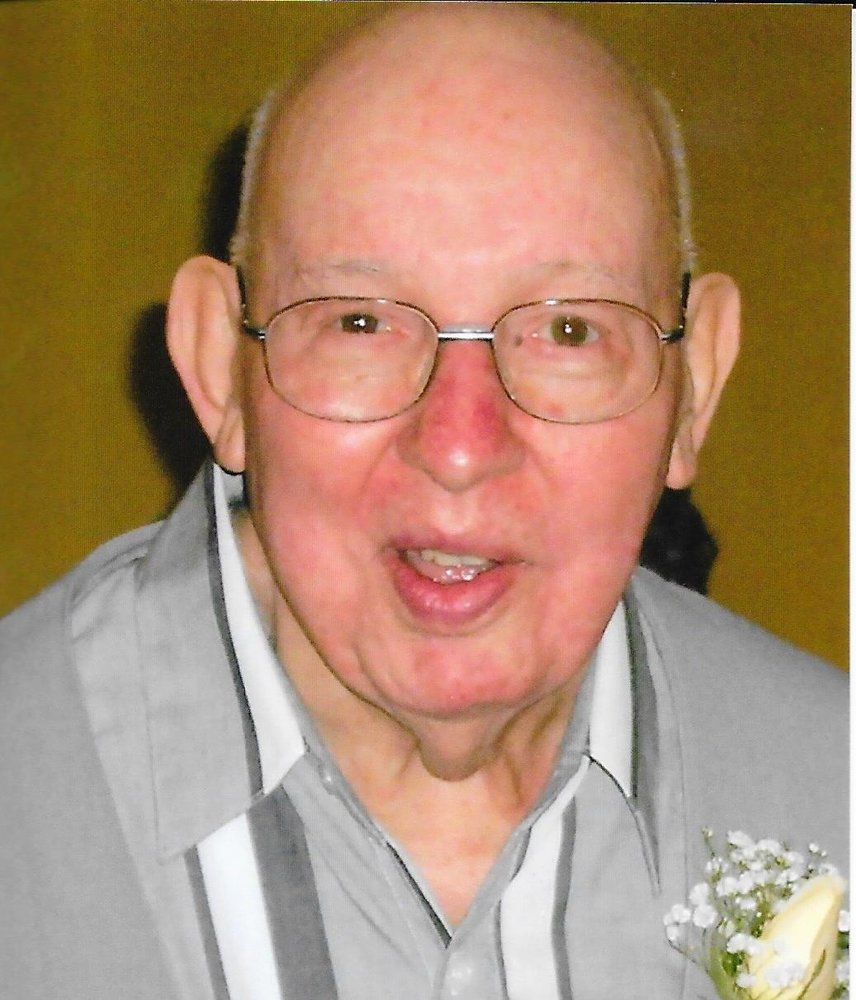 He was a graduate of East Fairmont High School. He married Helen Arnold (deceased) on November 18, 1957. He retired from Owens-Illinois in 1980 after 31 years of service. He was an Army Air Corps. combat veteran of World War II. He served in the Pacific Theatre Operations in Luzon, the Philippines, Tokyo and Okinawa. He attained the rank of Corporal. Mark enjoyed watching WVU football, NASCAR and the Pittsburgh Steelers.

In addition to his wife, Mark was preceded in death by his brother Lawrence Moore.

Mark is survived by his daughter, Kathy Starrett and son-in-law Douglas of Fairmont. Known as “Bobby” to his grandchildren, that he was so very proud of, are Guy Hamilton Starrett of Charleston and Paige Allison Tennant and her husband Ryan of Rivesville.

The family requests memorial contributions be made in Mark’s memory to the Marion County Meals on Wheels, PO Box 1264, Fairmont, WV 26555.

The family will receive friends at Ford Funeral Home, 201 Columbia Street., Fairmont, WV 26554, on Monday, July 17, 2017, from 9a.m. until 11a.m. The funeral will be held in the funeral home on Monday, July 17, 2017, at 11 a.m. with Reverend Stanley Merrifield officiating. A committal service will follow at the West Virginia National Cemetery in Pruntytown. Military rites will be performed by the Marion County Veteran’s Council. Online condolences may be made to the family at www.FORDFUNERALHOMES.com.

Share Your Memory of
Mark
Upload Your Memory View All Memories
Be the first to upload a memory!
Share A Memory
Plant a Tree