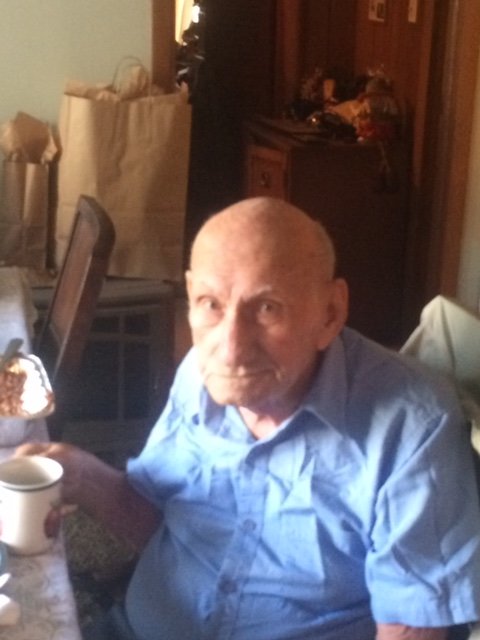 Andrew John Dorsey, 92, of Rivesville, passed away on Thursday, June 8, 2017, at John Manchin Sr. Healthcare Center. He was born in Republic, Pennsylvania on April 12, 1925, a son of the late John and Anna Dorsey.

In his early years, Andy was a sand blaster in East Chicago, Indiana and later worked as a coal miner where he retired as a proud member of the United Mine Workers of America District 31. He was inducted into the Company A 170 First Engineer Combat Brigade on July 14, 1943. He was wounded in Linnich, Germany and awarded the Purple Heart Medal, American Theatre Ribbon, European African Middle Eastern Ribbon and World War II Victory Ribbon. Andy was an avid bowler who enjoyed fishing, hunting and playing horseshoes.

In addition to his parents, he was preceded in death by his beautiful wife of 53 years, Dorothy Dorsey; a son, Tommy Dorsey; four sisters, Anna Brunner and husband Oscar, Helen Brown and husband Dave, Mary Suba and husband Stanley and Katherine Dolog and husband Andy; two brothers, Frank Krawzyc and wife Shirley and John Dorsey and wife Helen and granddaughter, Ashley Dorsey.

The family would like to thank the staff of the John Manchin Sr. Healthcare Center.

The family will receive friends at Ford Funeral Home, DeGarmo Chapel, 207 Second St., Rivesville, WV 26588, on Sunday, June 11, 2017, from 2p.m. until 8p.m. and on Monday, June 12, 2017, from 10a.m. until 11a.m. The funeral service will be held in the funeral home on Monday, June 12, 2017, at 11a.m. with Deacon David Lester officiating. A committal service will be held at Grandview Memorial Gardens in Fairmont. Online condolences may be made to the family at www.FORDFUNERALHOMES.com.