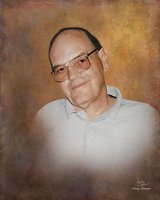 Mr. Lewis Salvatore Childers, 77 years of age passed away on Tuesday, September 15, 2020 as a result of an automobile accident in Doddridge County. He was born December 11, 1942 in Clarksburg, WV the son of the late Harvey and Sadie Spatafore Childers. He is survived by four daughters Kimberly Lynch and her husband Robert and their children Eric and his wife Shelley and Kaylissa of WV, Sara Childers and husband Mark Siders and their children Maizie and Vincent of OH and Teresa Childers and husband Evan Schneidmesser and their children Isaac and Valentina of PA; two brothers Marion Childers of Cox Mills, WV and Bill S. Childers and his wife Patricia of Stonewood, WV and their children Annette and Billy II; one sister Jackie Aman and husband Bob of Bridgeport, WV and their children Sarah and Bobby, WV and several nephews and nieces. He was also preceded in death by a sister Nancy Childers and a brother Lloyd Wayne Childers. Louie graduated 1961 from Roosevelt Wilson High School. He excelled in football and started as a sophomore on the 1958 All State Football Team. He played tackle on the offensive line at 145 pounds. He was recognized as a very talented football player and was looked at by West Virginia University. Following high school he earned a degree from Fairmont State College. He served in the United States Army during the Vietnam War. While in the military, he participated as a skydiver in various military shows. In addition to that, he won several trophies as a boxer in the Army. Because of his boxing abilities, he was considered for the United State Olympic Team. He had an understanding for troubled youth. He spent many years of his life helping these youth as a correctional officer at Pruntytown Correctional Facility and the West Virginia Industrial Home for Youth. He retired as a probation officer for Judge Daniel McCarthy in Harrison County. For the last several years, he worked for the campus security of Salem University. Joe Shaver, head of campus security commented, "Louie enjoyed interacting with the students and was a great friend to Tiger family athletics.” Louie loved his siblings, but was extremely close to his twin brother Marion. In recent years, they lived together in the mountains of Gilmer County, WV. Friends will be received at the Ford Funeral Home, 215 East Main Street, Bridgeport, WV on Tuesday, September 22, 2020 from 11:00 AM – 1:00 PM. At his request, he was cremated. If you are attending the Gathering, we will be promoting social distancing and masks will be required. Due to the coronavirus, a private service with just the immediate family will follow at 1:00 PM. Condolences may be extended to the family at www.fordfuneralhomes.com. The Childers family has entrusted the care and arrangements to the Ford Funeral Home, 215 East Main Street, Bridgeport, WV.