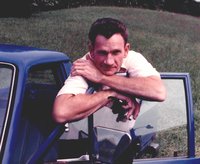 Mr. Albert C. McQuain, 84 years of age of Bridgeport, WV passed away with his family by his side on Friday, August 28, 2020. He was born December 24, 1935 in Summersville, WV the son of the late Pearly Ceceil and Mae McQueen McQuain. He was preceded in death by his wife Glenda Rae McQuain on September 17, 2014. He is survived by three sons Albert C. “Chuck” McQuain II, Bryan Scott McQuain and wife Carol and D. Bruce McQuain; one daughter Tara Kathleen McQuain; ten grandchildren Tony Germann, Josh Germann, Matt Germann, Melissa Germann-Lehmenkuler and husband Andrew, Brianne Smarr and husband Brent, Ariel Bart, Dmitri McQuain, Tristan McQuain, Travis Fitzpatrick and Adam McQuain and wife Bridgette and two sisters Margaret Louise Coffey and Sarah Ruth Holbert and husband John. He is also survived by a dear friend Reverend Dale Waters. For several years, they enjoyed each other’s company over cups of coffee. He was also preceded in death by three brothers Cecil Vance, Clark Freeman and Arthur Marion McQuain; four sisters Esther Mildred McQuain, Clara Lenor Dillinger, Cora Christine McQuain and Gladys Pauline Windon and a daughter-in-law Eugenia McQuain. Following high school graduation, he proudly served in the United States Air Force during the Korean Conflict. Albert worked at Carroll Lumber Company and with his brother Freeman making cabinets. He would later establish Albert McQuain Builders as the owner and contractor. His craftsmanship was known in North Central West Virginia area and he was proud of the quality of the many prominent homes and businesses his company built. He researched his Scottish heritage and supported the area festival. He participated in many 10K and 5K runs and walks and was awarded numerous medals and trophies. Albert’s Christian faith was his foundation and he was a faithful member of Bridgeport United Methodist Church. Friends will be received at the Ford Funeral Home, 215 East Main Street, Bridgeport, WV on Thursday from 2:00 PM – 8:00 PM. We appreciate in the unknown time with the Covid-19 pandemic that attending a visitation may not be in your best interest. If you are attending the visitation, we will be promoting social distancing and masks will be required. A private service celebrating Albert’s life will be held at a later date. Condolences may be extended to the family at www.fordfuneralhomes.com. The McQuain family has entrusted the care and arrangements to the Ford Funeral Home, 215 East Main Street, Bridgeport, WV.