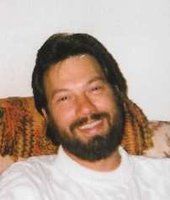 Dennis L. Haney of Fairmont was called home by The Lord at his residence Tuesday, August 18, 2020. He was born December 10, 1951, the son of the late Dale and Ruth Haney of Fairmont. Dennis was preceded in death by his sister, Delana Yost and his nephew, Brian Ice, both of Fairmont. He is survived by two sons, Nathan Haney and Luke Haney and his wife Stephanie, both of Fairmont. His sons blessed him with seven grandchildren, Ethan, Abby, Audrey, Isabella, Delaynie, Duke, and Ellyson. Also surviving are two brothers, Don Haney and his wife Joyce of Florida and Ron Haney and his wife Linda of North Carolina; a sister, Dianna Noechel of Fairmont with whom he resided; his step mother, Kass Haney of Fairmont. Dennis graduated from East Fairmont High School in 1969 and immediately volunteered his service to his country and served in the U.S. Army. He proudly served in Vietnam from 1969 until 1972. He faithfully attended church with his mother at Trinity Assembly of God. He enjoyed playing his guitar, pool, drawing pictures of Jesus, and spending time with friends and family making long lasting memories. Dennis was employed at Westinghouse Corp. and then joined his two brothers working in construction. Much appreciation to the mother of his children, Cathy Henderson and to his guardian angels, Johan and Tineka Pot in his time of need. He will sadly be missed, but remembered by all who knew him. The family will receive friends at Ford Funeral Home, 201 Columbia St., Fairmont, WV 26554, on Sunday, August 23, 2020, from 5 p.m. until 8 p.m. and on Monday, August 24, 2020, from 11 a.m. until 12 noon. The funeral service will be held in the funeral home on Monday, August 24, 2020, at 12 noon with Pastor Richard Wilson officiating. A committal service will follow at Grandview Memorial Gardens where full military rites will be conducted by the Marion County Veterans Counsel. Online condolences may be made to the family at www.fordfuneralhomes.com.