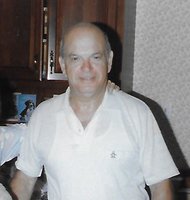 Francis “Frank” Albert Chicarelli, 91, of Fairmont passed away on May 20, 2020 at his residence surrounded by his loving family. He was born June 23, 1928 in Rivesville, WV a son of the late Vincent and Teresa Torch Chicarelli. He is survived by his wife of 63 years, Irene Egidi Chicarelli of Fairmont. Frank was a graduate of Fairmont Senior High School. He then enlisted in the U.S. Army for a tour in Japan, came home and after two years of college, reenlisted in the U.S. Army where he served his country proudly and honorably for 20 years in Japan, Okinawa, Korea, Taiwan, Vietnam, Europe and the U.S.A. During this time, he received several commendations. After his retirement from the service, Frank was employed by the United States Postal Service at Morgantown as mail handler and then as a custodian. Frank was a Roman Catholic and a member of St. Anthony Roman Catholic Church where he served as usher for many years. He was a member of the American Legion Post #0200 In addition to his loving wife Irene, he is survived by his son John Michael and his wife Mary Jo Chicarelli of Fairmont. He was blessed with two loving grandchildren, Sarah and her husband Tim Idelman of Fairmont, and Joshua and his wife Bethany Chricarelli of Uniontown, PA, and a precious great granddaughter, Rowan AnneMarie Chicarelli. He is also survived by a sister, Eleanor Osborne of Fairmont, and several nieces and nephews. In addition to his parents, Frank was preceded in death by his beloved son, Marc Allen Chicarelli on October 8, 1974, and his beloved twin grandchildren, Jacoby Chicarelli on March 24, 2013, and Jovi Chicarelli on March 25, 2013, three brothers, John Chicarelli, James Chicarelli, and Edward Chicarelli, and two infant brothers Benito Chicarelli, and Michael Chicarelli. Also preceding him in death were five sisters, Mary Livingston, Anna Calanca, Mildred Straight, Rose Kimbrew, and Martha Butcher, and two infant sisters, Madeline Chicareilli, and Barbara Jean Chicarelli. It was Frank’s wish that memorials contributions be made to a charity of their choice or to the St. Anthony Catholic Church, 1660 Mary Lou Retton Drive, Fairmont, WV 26554. The family has entrusted care and arrangements to the Ford Funeral Home, Ford Chapel, 201 Columbia Street, Fairmont, WV. In this time of the COVID-19 pandemic, the family has chosen to hold private services with Father Vincent Joseph as Celebrant, as well as a private committal services that will be held at Grandview Memorial Cemetery in Fairmont where military honors will be held by the Marion County Veterans Council. A memorial mass for friends and family followed by a dinner will be celebrated at St. Anthony Catholic Church in Watson at a later date due to the Covid-19 pandemic. Online condolences may be extended to the family at www.fordfuneralhomes.com.