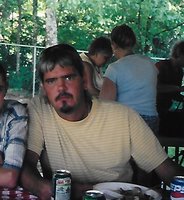 Greg Allan Stewart, 55, of Fairmont, passed away on Monday, January 27, 2020 at his residence. He was born October 21, 1964 in Fairmont a son of William “Bill” and Louise Stewart, Jr. Greg is survived by his wife of eleven years, Grace Horst Stewart. Greg was a 1982 graduate of East Fairmont High School. He then attended heating and cooling education and earned his EPA license. He was baptized in the Fellowship Baptist Church. Greg previously worked with his father for many years at Stewart Mobile Homes where he served as a heating technician, until his health issues forced him to pull back from working. Greg was a “jack of all trades” and he loved to work. He enjoyed working on antique cars and helping his son work on Derby cars. He truly enjoyed gardening. He loved plowing the land with his Gravely tractor, as well as plowing gardens for others. He especially loved to raise green beans which he often sold as local produce markets. Greg will be missed greatly by his family and friends. In addition to his wife and parents, survivors include his children, Greg Allan “Boogie” Stewart, II of Marion County, Allan Greg Stewart of Marion County, Craig Allan Stewart of Preston County, Allisa Michelle Stewart Hope of Weston, Alex Greg Stewart Hope of Weston, Allaina Michelle Stewart Hope Bennett of Weston, two step sons, Zachary Paul Foley, Raymond Adam Foley, as well as numerous grandchildren, including, Aiden Endler, Teayla Matthews, Kameron Lantz, and Ethan Gregory Stewart. He is also survived by his siblings, Mark and his wife Charlene Stewart of Fairmont, Jeff and his wife Cindy Stewart of Fairmont, and Amy and her husband Michael McCray of Fairmont, as well as his nieces and nephews, Macy Stewart, Mallori Stewart, Jeb and his wife Sara Stewart, Zach and his wife Amanda Stewart, Madison Huckins, and Kylee McCray, and his mother-in-law, Karen Louise King of Farmington. Greg was preceded in death by his grandparents, William and Orpha Stewart, and Glen and Beatrice Poling. Memorial donations may be made in Greg’s memory to Ford Funeral Home, 201 Columbia Street, Fairmont, WV 26554. Friends and family may call the Ford Funeral Home, 201 Columbia Street, Fairmont on Thursday, January 30, 2020 from 2PM until 8PM, and on Friday, January 31, 2020 from 10AM until 11AM. The funeral will be held on Friday at 11AM with Pastor Sonny Palmer officiating. Interment will follow at Rest Haven Memorial Gardens in Fairmont. Online condolences may be made to www.fordfuneralhomes.com.