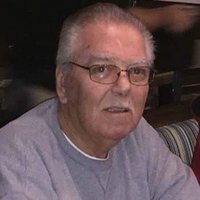 Douglas “Doug” Ray Burnsworth, 75, of Corbin Branch Road, passed away on Friday, February 26, 2016 at Ruby Memorial Hospital. He was born June 12, 1940 in Fairmont, WV a son of Irene McElfresh Burnsworth and the late Enoch L. Burnsworth. He is survived by his wife of 37 years, Peggy “Rosky” Rowe Burnsworth. Doug was a Christian by faith. He was a graduate of Mannington High School. Doug retired from the Local #33 Sheet Metal Union where he served as project manager for most of his career. He was president of the Tri County Water Board, a member of the American Legion Post #68 of Bridgeport, a still standing and current member with Local #33 Sheet Metal Union, and the Elks Club formerly of Clarksburg. Doug and his wife Peggy traveled extensively though out his working career including not only many of the 50 states as well as several overseas locations. In addition to his wife and mother, Doug is survived by a son Mark Burnsworth of Kentucky; brothers, Ronnie Burnsworth of Charleston, WV, Allen and his wife Georgia Burnsworth of Fairmont, Larry and his wife Tina Burnsworth of Virginia Beach, VA, and Joe Burnsworth and his companion Bill Walters of Virginia Beach, VA; as well as many special nieces and nephews. Doug is also survived by many special friends and coworkers including: Frank Sowers, Homer Haught, and Becky Ware. In addition to his father, he was preceded in death by his son, Michael Burnsworth and a sister-in-law Katie Burnsworth The family wishes to thank the members of the Ruby Memorial Medical ICU unit as well as the Neurological team for the love and care they have shown to the family over the past several days. Memorial contributions may be made to the charity of the givers choice. Friends and family may call the Ford Funeral Home, 201 Columbia Street, Fairmont on Monday, February 29, 2016 from 2PM until 8PM and on Tuesday, March 1, 2016 from 10AM until 11 AM. The funeral will be held in the funeral home on Tuesday, March 1, 2016 at 11 AM with his brothers officiating, Pastor Allen Burnsworth and Pastor Ronnie Burnsworth. Interment will follow at the Grandview Memorial Gardens in Fairmont.