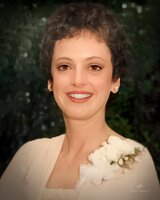 Marilyn Marie (Parrill) Hess, 70, of Bridgeport, WV, passed away at United Hospital Center in Bridgeport, WV, and went to be with the Lord on January 22, 2023. Born on November 13, 1952, she was the daughter of the late Thomas M. and Georgia (Bower) Parrill. In addition to her parents, she was preceded in death by her husband, Dr. David Rae Hess. She was also preceded in death by her brother-in-law and sister Jim and Marjorie (Parrill) Jones as well as her brother Thomas Melvin Parrill, Jr. Marilyn graduated from Bridgeport High School in 1970 and Alderson Broaddus College in 1974, as a student of one of the earliest classes of the newly (at that time) created Physician’s Assistant program. She began working for Dr. Hess and they married on November 18, 1978. They were married for nearly 34 years. She loved animals and was a very active supporter of the Harrison County Humane Society. As a volunteer, she worked for many years in the thrift shop which provided funding to the shelter. Through her dedication, she was able to help save many animals and adopted many herself. She was an avid fan of horses and enjoyed many long trail rides where she made great memories and friends. Because of her many contributions to society, she received the Michael L. Benedum Fellow award in 2010. As per Mr. Benedum’s engraved quote, which is an accurate description of Marilyn’s heart, “It is our duty to sow and to nurture, leaving it to others to harvest the fruits of our efforts…in a way that will bring the greatest good to the greatest number.” Marilyn was a faithful member of the United Methodist Church and also had fond memories of Simpson Creek Baptist Church which her family attended in her younger years. Surviving are her stepson Dr. David Elwood Hess of Bridgeport and stepdaughter Kimberly Rae (Hess) Heavner and husband Greg of Flintstone, MD. Though they were her stepchildren, both David and Kimberly firmly believe in the truism “No labels, just family.” Marilyn will always be an irreplaceable part of their lives. Marilyn is also survived by her grandchildren, whom she loved deeply and who gave her much joy: Ben Hess, Andy Hess, and Emily Hess, all of Morgantown, WV, as well as Rosanna (Heavner) Wagler and husband Mike of LaVale, MD, Derek and Kaitlyn Heavner of Cumberland, MD, and Rae (Heavner) Robinette and husband Caleb of Bedford, PA, and by beloved great-grandsons Tyler, Chris, and Erik Wagler and Joseph Heavner. Likewise surviving are her sister-in-law Sharon (Groves) Parrill as well as many nieces and nephews. The family would like to give special thanks to Dr. Salman Osman, whose care and encouragement were invaluable, especially to Marilyn, until the very end. Words cannot express how important his presence throughout her illness was. Marilyn requested that in lieu of flowers, those who are willing can make donations to the Harrison County Humane Society. Donations can be made via their website. http://www.hshcwv.org/ Friends will be received at Bridgeport United Methodist Church, 251 Worthington Drive, Bridgeport, WV on Saturday from 10:00 AM – 11:00 AM. A memorial service celebrating her life will be held in the church on Saturday, January 28, 2023 at 11:00 AM with the Reverend Dr. Ken A. Ramsey presiding. The Reverend Del Parris, a close friend of both David R. and Marilyn, who faithfully visited and encouraged Marilyn throughout her illness, will offer the eulogy. Condolences may be extended to the family at www.fordfuneralhomes.com. The Hess family has entrusted the care and arrangements to the Ford Funeral Home, 215 East Main St., Bridgeport, WV