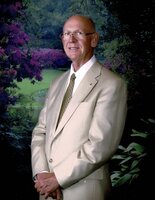 Mr. Robert (Bob) Vernon Allen, 86 years of age passed away November 19, 2022 at his residence. He was born July 28, 1936, a son of the late Clarence L. and Bertha Mae Broemsen Allen, and preceded in death by a sister, Dr. Nancy Cairns, a brother, Dr. Kenneth Allen, a sister-in-law, Adalaide Allen, a brother-in-law, Chester Cuichta, and a great-nephew, Chester Allen Cuichta. He is survived by one sister, Mrs. Chester (Barbara) Cuichta of Glen Dale, WV, and a sister-in-law Dorcas Allen of St. Clairsville, OH, and several nieces and nephews. On June 22, 1958, he married Ruth Marie Jeffries, who survives. Also surviving are their three sons; Richard L. Allen and his wife Debi of Dayton, OH, Randall T. Allen and his wife Mechelle of Lusby, MD, and Raymond J. Allen and his wife, Stacey of Maderia, OH; seven grandchildren: Ryley, Rorie Allen of Maryland, Hayden and Leah Allen of Ohio, Adrien Strohm of Florida, and Tony and Belinda Miller of Maryland. Bob was a graduate of Moundsville High School, attended Marshall University and graduated from Pittsburgh Institute of Mortuary Science. He was a retired funeral director and the former owner of the Allen Funeral Home in Bridgeport for 38 years. In 1999, he sold the business to the Ford family with Bradley Ford the local owner and funeral director. He was a charter member of Bridgeport Presbyterian Church where he served as an elder several times, Clerk of Session twice, and as a trustee for one term. He served on the church building committee and chaired the manse building committee. Former West Virginia Governor Arch Moore appointed him to serve as a member of the West Virginia Board of Embalmers and Funeral Directors. He served the board as executive secretary for several years. Bob believed in giving back to the Bridgeport community. He was a longtime member of the Bridgeport Lions Club and served as their president four different times. He was also a past president of the Bridgeport Rotary Club. He was one of the founders of the Benedum Festival where he chaired the festival for many years and was awarded the Benedum Fellow. He was on the Board of Information and Referral (Connecting Link), a past president of the Harrison County Chapter of the American Red Cross, Shepherds Corner, the board of the Children’s Health Pantry; a past president of the Harrison County Meals on Wheels and volunteered with his wife to deliver meals one day a week, and he served on the Bridgeport Police Commission for 12 years and 10 years as president. Bob was elected and served two terms on Bridgeport City Council and helped to write the City’s Charter. Bob was a 50 year member of Late Lodge #63, AF&AM in Bridgeport, a 32nd degree Scottish Rite Mason of Valley of Clarksburg, Nemesis Temple Shrine of Parkersburg, Clarksburg Lodge #39 Knights of Pythias, and a proud member of the Turtle Society. His hobbies included wood working and stained glass. He was certified mission pilot with the Clarksburg Squadron of the Civil Air Patrol and enjoyed flying his Cessna 172. In lieu of flowers, the family requests donations to be made in Bob’s memory to either the Bridgeport Lions Club (to assist with the All Inclusive Playground) PO Box 162, Bridgeport, WV 26330 or Bridgeport Presbyterian Church, 1 John Calvin Drive, Bridgeport, WV 26330. Friends will be received at the Allen Funeral Home, 215 East Main Street, Bridgeport, WV on Monday, November 28, 2022 from 2:00 PM – 8:00 PM. The funeral service will be held at the Bridgeport Presbyterian Church, 1 John Calvin Drive on Tuesday, November 29, 2022 at 11:00 AM with Pastor John F. Koerner and Reverend Dr. Dale C. Waters presiding. The interment will follow in Bridgeport Cemetery. Condolences may be extended to the family at www.fordfuneralhomes.com. The Allen Family has entrusted the care and arrangements to the Ford Funeral Home, 215 East Main Street, Bridgeport, WV.