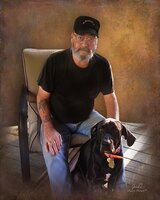 Mr. Robert Lee Elliott, 73 years of age of Weston, WV passed away on Friday, November 11, 2022 at Mon Health Stonewall Hospital in Weston, WV. He was born May 12, 1949 in Bridgeport, WV the son of the late Joseph S. and Gertrude Swiger Elliott. He is survived by his wife Lois Zearfoss Elliott. They had celebrated 54 years of marriage. He is also survived by three sons Robert Elliott Jr and his wife Amanda of Dayton, OH, Bart Elliott and his wife Kim of Petersburg, WV and Joe Elliott and his wife Julie of Bridgeport, WV; one daughter Jessy Elliott of St. Mary’s, GA; six grandchildren Ava Elliott, Isiah Elliott, Madison Elliott, Brennan Elliott, Justin Elliott and Leilani Elliott and his four legged friend and service dog “Boomer”. Bob was a veteran of the United States Army and served his country during the Vietnam War. He was a 3rd degree Mason of Weston Lodge #10 A.F.&A.M. and a Scottish Rite Mason of the Valley of Clarksburg. He enjoyed the outdoors fishing with his wife and long-range shooting with his son Joe. He will be greatly missed by his family and friends. Friends will be received at the Ford Funeral Home, 215 East Main Street, Bridgeport, WV on Tuesday from 2:00 PM – 8:00 PM. The funeral service will be celebrated in the funeral home on Wednesday, November 16, 2022 at 11:00 AM with Reverend Thomas P. Horne presiding. The interment will follow in the Bridgeport Cemetery. The United States Army and Harrison County Honor Guard will provide full military rites at graveside. Condolences may be extended to the family at www.fordfuneralhomes.com. The Elliott family has entrusted the care and arrangements to the Ford Funeral Home, Bridgeport, WV.