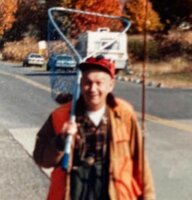 Evert Carl Nixon, 90, of Fairmont passed away on Saturday, September 3, 2022, at the Genesis Fairmont Campus Tygart Center. He was born in Fairmont on October 10, 1931, the son of the late Frank Carl Nixon and Mettie Ella Fancher Nixon. Evert was preceded in death by his loving wife Rosalee Phillips Nixon earlier this year. Evert is survived by his four daughters, Beverly Winemiller and her husband Richard, Sharon Hart and her husband Danny, Judy Glaspell and her husband Tim, and Cindy Stover and her husband Roger; son, Everett Carl Nixon Jr.; eight grandchildren; ten great grandchildren; and two great-great grandchildren. Evert worked many jobs over his working career. He started as a standard furniture mover and then owner of GMC Cattle Hauler where he went to sales in Pittsburgh and livestock sales. Evert then took over his father’s milk can route hauling dairy from individual farms to Fairmont until he bought three milk bulk tankers and built-up Meadow Gold Dairy of Clarksburg. He then sold his three milk bulk tankers and bought dump trucks which was the beginning of Nixon Trucking in the 1970’s. Evert then bought an over the road tractor trailer and contracted to WS Thomas and Rider Ranger Trucking. He retired at the age of 62. Evert did his own mechanic work while working his trucks. In his retirement, he was a delivery man for Hauge’s and World of Plants working with both his daughters. Evert enjoyed camping, fishing, and building and selling birdhouses to local florists and his wife painted them. The family will receive friends at Ford Funeral Home, R.C. Jones Chapel, 1410 Country Club Road, Fairmont, WV 26554, on Tuesday, September 6, 2022, from 5 p.m. until 8 p.m. and on Wednesday, September 7, 2022, from 10 a.m. until 11 a.m. The funeral service will be held in the funeral home on Wednesday, September 7, 2022, at 11 a.m. with Reverend Orville Wright officiating. A committal service will follow at Clermont Cemetery. Online condolences may be made to the family at www.fordfuneralhomes.com.