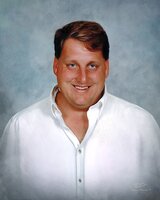 Beloved Father, son, better half, and friend to many. Kurt Todd Chalfant peacefully passed away in his sleep from congestive heart failure on Tuesday July 26, 2022. He was born May 7, 1966 to the late William Burl Chalfant and Sharon Edgell Chalfant along with his older brother Jeff and extended family of Bridgeport, WV. He is also survived by his daughter Jennifer Hope Chalfant, his son David Christopher Chalfant, his former wife Jami Chalfant and lifelong friends; Kevin Knotts, Danny Gonzalez, Scott Jones, Mike Miller and the late Mike Slaton. Todd was known for his hard work ethic, resilience in the face of adversity and a person who always put forth exemplary effort. His success was due to his passion and determination to provide for those he loved. Early into his career at Ryan Environmental he had the pleasure to work alongside “Big Claud Ryan”, who he held to a high regard. Todd went on to start his own business Chalfant and Son; one of his proudest accomplishments. When Todd wasn’t winning someone over with his charm and undeniably larger than life personality, he spent his life dedicated to providing for his family. Tygart Lake was a home away from home for him and his family. He loved to take family trips to new places every year, collect antiques, take joy rides in his old cars and support his daughter during basketball. Hope would describe her father as the funniest man to walk this earth; never allowing life to have a dull moment and without hesitation he would beat anyone who challenged him to a game of pool. She loved her father’s ability to always be his authentic self, while wearing the same pair of shoes and polo shirts for every occasion. She goes on to tell us how loyal, stern, but for those who were close knew how extremely soft hearted he was for his baby girl Abbie aka dozer dog. And as much as Hope loved all her fathers’ friends, she wanted to thank Kevin Knotts who displayed not only loyalty but showed her exactly what a true friend looks like. Todd was a rare combination of someone who had love for life and a firm understanding of what was important – the simplicity of living a life with those he loved. Of all the people he touched; his proudest achievement in life was being a dad and creating a beautiful life with Jami, who supported him in all his glory and even when life got messy; lovingly stood by during the last days. The way he died is just like he lived: he wrote his own rules, he fought authority and he paved his own way. And if you said he couldn’t do it, he would make sure he could. “Have I gone mad? I’m afraid so, but let me tell you something, the best people usually are.” A life well-lived deserves to be celebrated, and that’s exactly what we are going to do. Please join us in the celebration of Todd’s Life at Ford Funeral Home, 215 East Main Street on August 13th from 2:00pm – 6:00pm. Condolences may be extended to the family at www.fordfuneralhomes.com. The Chalfant family has entrusted the care and arrangements to the Ford Funeral Home, Bridgeport, WV.