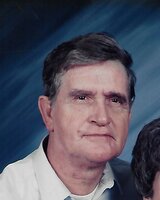 Donald Richard Maxwell, 86, of Fairmont, passed away on Friday, July 29, 2022 at his residence. He was born November 18, 1935 in Barrackville, WV a son of the late Lewis and Flossie Gump Maxwell. Don was preceded in death by his wife Patricia Ann McCarr Maxwell. Don was a Methodist by faith and a 1954 graduate of Barrackville High School. He was a veteran with the United States Army having served during the Korean conflict. Don retired from Owens Illinois Glass Plant in Fairmont with over 24 years of service as a machine operator. He was a member of the V.F.W Post #748 in Fairmont, the American Legion, and the Eagles Club of Fairmont. Don was a hard-worker, always keeping busy, and he loved working on his farm. Don is survived by his daughter, Donna L. Maxwell Russell Watkins and her husband David Watkins of Fairmont, his grandson, Arthur “Tyler” and his wife Sarah E. Russell of Fairmont, and his great-granddaughter, Jenna-Rae Patricia Russell. In addition to his parents and wife, Don was preceded in death by his special friend, Nellie Virginia Prickett. The family has entrusted the arrangements to Ford Funeral Home, 201 Columbia Street Fairmont. Visiting hours will be held on Monday, August 1, 2022 from 4PM until 8PM and on Tuesday, August 2, 2022 from 10AM until 11AM. The funeral will be held in the funeral home on Tuesday at 11AM with Mr. Kriss Cecil-Crihfield officiating. Interment will follow at the Grandview Memorial Gardens in Fairmont where the Marion County Veterans Council will provide graveside military rites. Online condolences may be made to www.fordfuneralhomes.com.