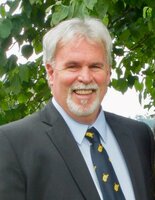 Mr. David Darrel Riffee of Bridgeport, WV 67 years of age passed on Monday, May 09, 2022 at United Hospital Center, Bridgeport, WV. He was born August 15, 1954 the son of the late C. Darrel and Margaret Jane Wilson Riffee. He is survived by his wife B. Diane Riffee. They had celebrated forty-four years of marriage and rarely were seen apart and often referring to one another as partners in crime. He is also survived by a daughter Melissa Riffee Copenhaver and her husband Bill of Bozeman, MT, a son D.J. Riffee of Bridgeport, WV; one grandchild Amara June Riffee; a sister Penny Ann Pyle of Orlando, FL; a brother-in-law Jim Ash and two sisters-in-laws Sherry Ash and Brenda Moore. He was also preceded in death by his father and mother in-laws John and Emilia Ash; three brothers-in-laws John Ash, Jr., Doug Ash and David Moore. David was a 1972 graduate of Bridgeport High School and attended Fairmont State College. He retired with thirty-five years as the parts manager for Cummins Engine Company in Fairmont. He previously worked for Chenoweth Ford, Simpson Trucking and Helmick’s Market. Dave’s passion was the outdoors. He enjoyed camping and fishing and just being with nature. He enjoyed watching the Bridgeport Indians football games on Friday nights and followed the West Virginia Mountaineers football and basketball teams. He loved spending evenings on the front driveway with neighbors that were more life family. He had a special loving bond with his three old granddaughter Amara. He will be greatly missed by family and friends. Friends will be received at the Ford Funeral Home, 215 East Main Street, Bridgeport, WV on Wednesday from 4:00 PM – 8:00 PM. The funeral service will be celebrated in the funeral home on Thursday, May 12, 2022 at 11:00 AM with Reverend Orville Wright presiding. The interment will follow in the Bridgeport Cemetery. Condolences may be extended to the family at www.fordfuneralhomes.com. The Riffee family has entrusted the care and arrangements to the Ford Funeral Home, Bridgeport, WV.