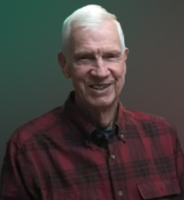 Marvin Burl Gould passed away on May 6, 2022 at the age of 82. Marv was a devoted husband, father, farmer, educator, and friend. He is survived by his wife Judy, his two children and their spouses (Jennifer Hess and her husband Steve; Scott Gould and his wife Karin), and his five grandchildren (Derek, Owen, and Adam Hess; Madison and Siena Gould) Born March 21, 1940 in Clarksburg, WV to Burl and Bonnie Belle Gould, he grew up on their family farm located in Bridgeport, WV and graduated from Bridgeport High School in 1958. Marv earned an industrial engineering degree at West Virginia University, and went to work for General Electric in their management training program across multiple cities including Cincinnati and Philadelphia until 1961, when he returned to WVU to pursue his master’s degree in business administration. Once back at university, Marv realized that West Virginia was the place where he belonged. He met Judith Lorraine Hammack while on campus, and they were married on June 21, 1968. Marv graduated with his MBA in 1968 and began a 31-year teaching career at Fairmont State College, where he positively impacted many students who were lucky enough to have him teach their business management and computing courses. He developed great relationships with them and stayed close to many of his students and colleagues for the rest of his life. Upon retirement from teaching in 1999, Marv continued to concentrate on his life-long passion of farming, to which he was extremely dedicated. He valued his relationships with members of the Brushy Fork community, always lending a hand when it was needed. Hard-working, honest, loyal, thoughtful, and entertaining are a few of the characteristics that help to describe Marv, who made a positive impact on everyone he met. The family requests in lieu of flowers donations be made in Marvin’s memory to Trinity United Methodist Church, c/o Judy Osborn, 2665 Coplin Run Road, Bridgeport, WV 26330. Friends will be received at the Ford Funeral Home, 215 East Main Street, Bridgeport, WV on Monday from 2:00 PM – 4:00 PM and 6:00 PM – 8:00 PM. The funeral service will be celebrated at Trinity United Methodist Church in the Brushy Fork community on Tuesday, May 10, 2022 at 11:00 AM with Reverend Gary Reed presiding. The interment will follow in Trinity Cemetery. Condolences may be extended to the family at www.fordfuneralhomes.com. The Gould family has entrusted the care and arrangements to the Ford Funeral Home, Bridgeport, WV.