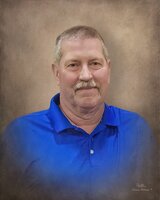 Mr. Douglas K. Wright, 63 years of age of Bridgeport, WV passed away on Friday, January 7, 2022 at his residence. He was born in Gallipolis, OH the son of the late Reverend Dr. Richard and Leanna Staley Wright. He was preceded in death by his loving wife Kimberley Garber Wright on October 25, 2010. They had celebrated twenty-nine years of marriage. He is survived by a daughter Kristin Wright of Morgantown, WV; two sisters Lanell Johnson and her husband Lonnie and their children Leland and Landon and Lanita Myers and her husband Dave and their children Lauren and Drew; one brother Dr. Darren Wright and his wife Connie and their children Emma and Keaton; a mother-in-law Bonnie Garber; one brother-in-law Jay Garber and his wife Gail and their children Matthew, Miranda and husband Ryan and a great nephew Weston; one sister-in-law Pam Whiteman and her husband Chuck and their children Preston and Nick; and his faithful four legged grand dog Maxxis. Doug was a 1976 graduate of South Charleston High School. With his passion for cars, he graduated from Nashville Auto Diesel College in Nashville, TN and would eventually open his auto body shop Wreck-A-Mend in Anmoore. For several decades he enjoyed taking cars that needed fixed and bringing them back to a high quality look. He also enjoyed the “adrenaline rush” of racing four wheelers in the GNCC Series. He had fun playing golf with his good friends Chad and Kili as they played in the Monday night golf league at Bel Meadow Golf Course and other courses in the area. He was part of a group of guys that followed the football team of the Bridgeport Indians. At home and away games this group brought “Roll Tribe”. His family and friends will miss his love and his witty comments that would bring a smile to their faces. He was an inspiration to many during his eleven years of cancer illness. This disease did not define him but rather he used his faith in his Lord and Savior to win the battle. He was a member of the Bridgeport United Methodist Church. In lieu of flowers donations be made in Doug’s memory to WVU Medicine’s Michael Craig Comfort Fund, 1 Medical Center Drive, Morgantown, WV 26506. Friends will be received at the Ford Funeral Home, 215 East Main Street, Bridgeport, WV on Friday from 4:00 PM – 8:00 PM. The funeral will be celebrated in the funeral home on Saturday, January 15, 2022 at 11:00 AM with Reverend Dr. Dale C. Waters presiding. The interment will follow in the Bridgeport Cemetery. Condolences may be extended to the family at www.fordfuneralhomes.com. The Wright family has entrusted the care and arrangements to the Ford Funeral Home, 215 East Main Street, Bridgeport, WV.