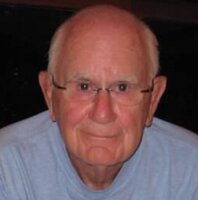 Mr. David “Mutz” Duncan Blayney, 95 years of age of Bridgeport, WV passed away on December 4, 2021 at his residence. He was born July 6, 1926 the son of the late David and Frances Duncan Blayney. He is survived by his wife Norma Gibson Blayney. They had celebrated fifty-nine years of marriage. He is also survived by a daughter Beth Herron and her husband James “Jimbo” of Bridgeport, WV; two grandchildren Allyson Herron of Washington D.C. and James “Bo” Herron of Bridgeport, WV; a brother Jack Blayney and his wife Mary of Coropolis, PA and four nieces and one nephew. He was also preceded in death by his loyal four-legged friend “Pepper”. David was a 1943 graduate of Bellview High School and then served our country for three years in the United States Navy during World War II. Following the war, he attended and graduated in 1949 from Robert Morris College. He worked as an accountant clerk for CNG Transmission from 1953 until his retirement in 1991. He enjoyed an active lifestyle that included bicycling, running and golfing with his friends at Bel Meadow Golf Course. He had an interest of flying model planes and belonged to the Model Aviation Club of Clarksburg. His favorite place to be was at home with his family and having quiet moments reading about the Civil War. He and his wife loved to support their grandchildren’s activities and making memories with them. David will be greatly missed by his family and friends. A private service will be celebrated at a later date. Condolences may be extended to the family at www.fordfuneralhomes.com. The Blayney family entrusted the care and arrangements to the Ford Funeral Home, 215 East Main Street, Bridgeport, WV.