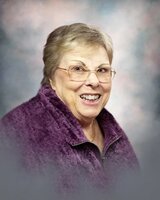 Mrs. Rita Ann Hawkins, 77 years of age of Fairview, WV passed away on November 13, 2021 at West Virginia University Hospitals, Ruby Memorial in Morgantown, WV. She was born February 13, 1944 the daughter of the late John and Eunice Cottrill Bonnell. She is survived by her husband Larry Hawkins. They had celebrated fifty-one years of marriage. She is also survived by a daughter Angela Harr and her husband Todd of Fairmont, WV; two step daughters Trina McGee and her husband Bob and Rose Marie Summers both of Fairmont, WV; a special nephew that was like a son, Gary Hawkins and his wife Linda of Salem, WV; four grandchildren Aaron Fellows and his wife Kris, Paul Fellows and his wife Sara, Cassandra Green and her husband Jose and Jacob Fellows; two step grandchildren Josh Yow and his wife Ashley and Jenna Johnson; nine great grandchildren Tautianna Fellows, Aden Fellows, Ryder Fellows, Bradyn Holloway, Makenna Holloway, Grayson Holloway, Jose Green Jr., Carter Fellows and Oliver Fellows; one step great grandchild Logan Yow; one sister Sue Blind and her husband Ine of Pennsboro, WV and one sister-in-law Edwina Bonnell of West Union, WV. She was also preceded in death by a son Larry Franklin Hawkins Jr.; one sister Leona Friend and two brothers Ray and Kenneth Bonnell. Rita was a graduate of Doddridge County High School. Previously, she worked for the Hamilton County Board of Education in clerical work at Taylor Elementary School in Cincinnati, OH. She would later retire as a customer service consultant for Brownlee Lighting in Orlando, FL. Following retirement and enjoying the benefits of Florida, Rita and Larry moved back to West Virginia to be with children and grandchildren. Having a special bond with her daughter, they made many memories playing Bingo and having food at their favorite restaurant, Bob Evans. The family requests in lieu of flowers that donations be made in her memory towards the costs of the funeral expenses A Memorial Service will be celebrated noon on Saturday, November 20, 2021 at Mt. Harmony Community Church with Pastor Cheryl White presiding. Condolences may be extended to the family at www.fordfuneralhomes.com. The Hawkins family has entrusted the care and arrangements to the Ford Funeral Home, Ford Chapel, 201 Columbia Street, Fairmont, WV.