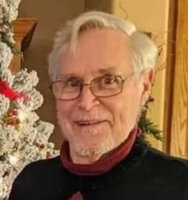 Mr. Roger Wayne Brown, 78 of Boothsville area passed away peacefully in his home surrounded by lots of love on November 5, 2021. He was born August 14, 1943 in Worthington, WV, the son of the late Katherine Brown Nixon. He is survived by his wife of 57 years Barbara O’Dell Brown; his son Bryan and wife Jennifer, his daughter Tonya Brown-Isenhart and husband Gerald; four grandchildren and three step-grandchildren; four step-great grandchildren; and several cousins, nieces and nephews. In 1987, Roger and his family moved from Boothsville to Newport News, VA and he became the first Regional Manager of Patrick Henry Mall. While living and working in Virginia, Roger was recognized for several honors, awards and letters of commendation. The 1993 Book of Golden Deeds Award, 1994 Woodmen of the World Award, 1995 George W. Bush Points of Light Award and in 1995 the Distinguished Virginian Award were among the several honors and commendations. As an outstanding tribute for his devoted service to the city, a road was named “Roger Brown Road” in his honor. After retiring, he and Barbara moved back to West Virginia. He enjoyed woodworking and made beautiful items for family and friends. The family would like to express deepest gratitude to the WV Medicine Hospice Care and a very dear friend and neighbor. In lieu of flowers, Roger’s family requests donations be sent in his honor to Boothsville United Methodist Church, 19 Boothsville, Road, Fairmont, WV 26554. Friends will be received at the Ford Funeral Home, 215 East Main Street, Bridgeport, WV on Wednesday from 11:00 AM – 1:00 PM. A graveside service will follow in the Bridgeport Cemetery with Reverend Michael Richards presiding. Condolences may be extended to the family at www.fordfuneralhomes.com. The Brown family has entrusted the care and arrangements to the Ford Funeral Home, 215 East Main Street, Bridgeport, WV.