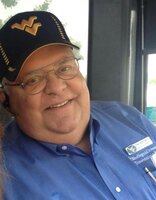 Mr. John Thomas “Tom” Marshall, 78 years of age passed away on Thursday, October 14, 2021 at United Hospital Center, Bridgeport, WV. He was born June 5, 1943, the son of the late Harold and Gertrude Saffel Marshall. He was preceded in death by his wife of fifty years Patricia Polis Marshall in 2015 and his sister Joyce Ann Lunsford in 1988. He is survived by two daughters Tracie Haught and husband Chris and Melissa Flint and husband Bob; three grandchildren Lexie Tucker and husband Austin, Morgan Haught and Alex and Lane Thomas Flint; two brothers Dave Marshall and wife Patty and Scott Marshall and wife Julie; two nephews that he and his wife raised after the passing of their mother, Jay Lunsford and wife Jennifer and Tom Lunsford and wife Kim; several nieces and nephews and his loyal four legged friends, Dolly Parton and Patsy Cline. Tom graduated from Morgantown High School and attended Fairmont State College. He worked and retired with over thirty years of service from Fairmont Supply Company as a sales person. Following his retirement, he was employed by the West Virginia University transportation department. He enjoyed transporting the athletic teams, but had a mutual bond with the WVU women’s rowing team. He found his peace on the family farm in Taylor County. He enjoyed sharing his love and home with his family and friends. He was proud of his daughters musical talent of singing and would support the Marshall Sisters Band where ever they would go. Following his grandchildren’s activities became a priority. He enjoyed watching them compete and succeed in horse shows and high school wrestling matches. He looked forward to the yearly tradition of attending NASCAR races with his two brothers and friends. He enjoyed the energy of the track and cheering on his favorite driver, Dale Jarrett. Friends will be received at the Ford Funeral Home, Ford Chapel 201 Columbia Street, Fairmont, WV on Monday from 2:00 PM – 8:00 PM and on Tuesday from 10:00 AM – 11:00 AM. The funeral service will be celebrated in the funeral home on Tuesday, October 19, 2021 at 11:00 AM with Pastor Jim Zinn presiding. The interment will follow in the Bluemont Cemetery, Grafton, WV. Condolences may be extended to the family at www.fordfuneralhomes.com. The Marshall family has entrusted the care and arrangements to the Ford Funeral Home, Ford Chapel, Fairmont, WV.