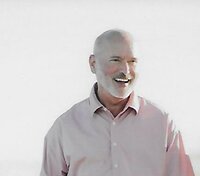 Scott Dennis Weisenborn, 60, of Fairmont, passed away on Thursday, October 7, 2021 at his residence. He was born September 5, 1961 in Altoona, P.A., a son of the late Jack H. and Barbara L. Schafer Weisenborn. He was preceded in death by his wife, Robin E. McWhorter Weisenborn on December 5, 2017. Scott was a member of the First Presbyterian Church of Fairmont. He was a 1979 graduate of Wheeling Park High School where he met his wife Robin McWhorter. They married on September 22, 1984. Soon after having their first daughter, Jordan in 1989, they moved to Fairmont where they would reside for the rest of their years. Their second daughter, Kelly, was born in 1991 and their family was complete. Scott retired in 2017 from Swedish Match Company where he was a sales representative. He found joy in his 1969 Camaro and car shows around the state. He enjoyed attending the Indy 500 with his sister, Jackie, and annual beach trips with his family. Scott loved being a “Pop-Pop” to his three grand-daughters, they brought much joy to life. Scott is survived by his daughters, Jordan Brimacomb of Bluffton, S.C. and Kelly Weisenborn of Fairmont, his grandchildren, Ellie Brimacomb, Kenzie McIntyre, and Anneleise Six, his brothers, Gary Weisenborn and his companion Roger of Stafford, VA, and Dale Weisenborn of Wheeling, WV, as well as his sister, Jackie Weisenborn of Wheeling, WV. Memorial donations may be made to C.A.S.A. of Marion County, 112 Adams Street, Suite 201, Fairmont, WV 26554, CASAOFMARION@gmail.com or to the National Youth Advocate Program, 909 Morgantown Avenue, Fairmont, WV 26554. The family has entrusted the arrangement to Ford Funeral Home, 201 Columbia Street, Fairmont, WV. In accordance to his wishes, cremation services have taken place. A memorial service will be held in the funeral home on Wednesday, October 13, 2021 at 5PM with Reverend Evan Walker officiating. Private committal services will be held at a later date. Online condolences may be made to www.fordfuneralhomes.com.