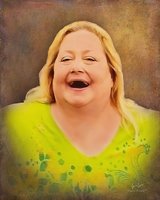 Mrs. Jennifer Anne Brown, 54 years of age passed away at her residence in Bridgeport, WV. She was born July 4, 1962 in Pittsburgh, PA, the daughter of the late Jimmy and Helen Whalen Koon. Jennifer is survived by her husband Christopher Brown; two daughters Sarah Koon and her fiancé Brock Pearson of Bridgeport, WV and Maegan Malcomb of Bridgeport, WV; a son Christopher Koon and his fiancé Virginia Shingleton of Clarksburg, WV; five grandchildren Drake Malcomb, Devin Crim, Daylee Short, Paris Pearson and Majesty Pearson; a sister Jackie Sprunger and her husband Steve of Jane Lew, WV; six brothers Mike Koon and his wife Katie of Silver Spring, MD, Pat Koon and his wife Sherrie of Mechanicsburg, PA, Dave Koon and his wife Connie of New Martinsville, WV, Jim Koon of Butler, PA, Tim Koon and his wife Laura of Mechanicsville, VA and John Koon and his wife Missy of Bridgeport, WV; one aunt Betty Sheppard and her husband Dave of Tallmansville, WV. She was also preceded in by a brother Stephen Koon. She was a 1981 graduate of Bridgeport High School. She furthered her education at Salem College and worked then as the office manager for Sterling Optical. Jennifer loved her family and was affectionately called Nunna by her grandchildren. She was also known as the “Sauce Boss” for the Morgantown Inline and Ice Hockey Leagues. A Gathering for family and friends will be held at the Ford Funeral Home, 215 East Main Street on Friday, September 2, 2016 from 2:00 PM – 6:00 PM. Condolences may be extended to the family at www.fordfuneralhomes.com. The Brown family has entrusted the care and arrangements to the Ford Funeral Home, 215 East Main Street, Bridgeport, WV.