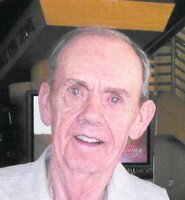 Robert Russell III, 79, of Thousand Oaks, CA, passed away on Sunday, August 22, 2021. He was born on April 11, 1942, a son of the late Robert Russell II and Alene Russell. Robert is survived by his loving wife, Judy Price Russell; a son, Robert Russell IV of Australia; three grandchildren; brother, William Russell of Fairmont; and a sister, Carolyn Shimskey of Ohio. In addition to his parents, Robert was preceded in death by a son, Gregory Russell and a sister, Barbara Wilson. Robert was a 1960 graduate of Rivesville High School and earned an Industrial Engineering Degree from West Virginia University. He was an avid sports fan who enjoyed all types of sports. In accordance with Robert’s wishes, his body will be cremated and there will be no services at this time.