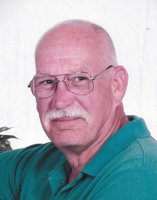 Alec Ray McCallister, 80, of McCurdysville, WV passed away peacefully at his home on July 30, 2021. He was born June 19, 1941, the son of the late Herman Ray McCallister and Grace Viola Myers McCallister. Alec attended Rivesville High School. Alec joined the Army at the age of 17 and served for four years. Alec began his working career in the Cleveland, Ohio area working for Warner & Swasey Company. He returned to WV and worked for Consol Coal Company for thirteen years and worked his way up to foreman and fire boss while earning certificates as a shot firer and electrician. He did residential construction work until his retirement. He always worked on his farm and in his garden. He always raised and worked with cows and horses. Most recently, he enjoyed time with his horses and miniature donkeys. Alec attended McCurdysville Methodist church up until he became ill. Alec was active with the church and with the McCurdysville Community Building. Alec and other community members were instrumental in reopening the McCurdysville Community Building and in renovating the building. Alec was an active member of the American Legion and the VFW Post 7048 of Fairmont. Alec was very dedicated in performing military funerals up until his health began to decline. Alec built his home as well as several others in the McCurdysville area. Alec was very talented at building construction, electrical work, plumbing, auto repair, and most other home repairs. Alec enjoyed hunting and fishing. Alec especially liked fishing with his brother-in-law Chris Viani. Alec enjoyed playing cards with family and friends. During summer months, Alec always had a weekend bonfire, party, and cook out. Alec loved to travel with Evelyn, especially to the East coast beaches and to Tennessee where he spent time with family and friends. Alec enjoyed swinging with Evelyn on his front porch swing in the evenings any time of the year. His swing was a place of reflection and conversation with Evelyn and those who stopped by. In his later years, Alec enjoyed Bible Study and extensive Bible research. Alec was known for his great sense of humor, telling jokes, and singing silly songs to his grandkids, nieces, and nephews. Alec was exceptional in entertaining children. “Uncle Al” was a favorite of many of his nieces and nephews. Alec is survived by his wife and best friend of near twenty-five years, Evelyn Furbee McCallister. Alec is survived by daughters Frankie, Jonnie and Timi and sons Dwayne (Karen) and Ryan (Lauren). He is survived by grandchildren Sarah, Noah, Cody, Wyatt, Maci, Lauren, Jayce, Baylee, Mathew, Emma, Connor and Sarah and one great-grandchild. Alec is survived by sisters Peggy Toothman and Pattie Gearde and brother Bill (Karen) McCallister as well as many nieces and nephews. In addition to his parents, Alec was preceded in death by a brother William E. McCallister and a sister Carrie A. McCallister and a great granddaughter. The family would like to thank Dawn Dulaney of Senior Monongalians for her exceptional and professional care-giving with Alec. She was a true blessing for the several years she spent with Alec. She became part of the family. The family also thanks Terry Karr for his numerous trips to McCurdysville to help Alec and to fix anything around the place that needed some attention. Jimmy Walker is also to be thanked for his continuous support and advice. Sisters-in-laws Cindy and Bonnie and brother-in-law Andy were always available to help in an emergency. Cindy continuously picked up groceries and supplies. Sister Peggy and late brother-in-law Don Toothman visited and helped in any way they could. Nephew, Alec McCallister also made it a point to visit with Alec on a nearly weekly basis. These individuals provided so much comfort to the family and to Alec. Memorial donations may be made to the McCurdysville Community Building Association, 3414 Jakes Run Road, Rivesville, WV. The family has entrusted the arrangements to Ford Funeral Home, DeGarmo Chapel, 207 Second Street, Rivesville. Friends and family may visit on Wednesday, August 4, 2021 from 2:00 p.m. to 8:00 p.m. and on Thursday, August 5 from 10:00 a.m. to 11:00 a.m. The funeral will be held in the funeral home on Thursday, August 5, 2021 at 11:00 a.m. with Reverend Stanley Merrifield officiating. Interment will follow at the Furbee Family Cemetery on Panther Lick Run near Grant Town, WV. Online condolences may be made to www.fordfuneralhomes.com.