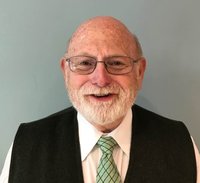 John Brenton Maynard, of Little River, South Carolina, passed away peacefully on Monday, May 31st at 2:30 am in the Mcleod Seacoast Hospital, Little River, SC, with his loved ones by his side following a brief illness. He was 68 years old. John was born on May 23rd, 1953 in Clarksburg, WV, to his parents Georgia (Blanton) Maynard and John Henry Maynard. He also had a special bond with his sister Myra Bartley and her husband Billy Townsend who always kept a place in their home ready for him when he would come by. John grew up in Bridgeport, West Virginia, where his parents owned a restaurant called the Little Rock. He graduated from Bridgeport High School in 1971 where he lettered in wrestling and on December 27th, 1972 he married his wife of 48 years, Deborah Marie Blankenship Maynard, who survives at home. Graduating from from West Virginia University with a degree in Chemistry, he worked several years for Pratt Whitney Aircraft Company. Later, John found his calling to be a Funeral Director and went back to school at the Pittsburgh Institute of Mortuary Sciences where he graduated with honors. Mr. Maynard was a funeral director for Harmer’s Funeral Home in Shinnston, WV for a number of years before buying the Sample-O’Donnell Funeral Home in Sharon, PA in 1991. There, John raised his 2 sons John Tyson Maynard and Ian Brent Maynard, and was a member of numerous civic and professional organizations. In 2015 he sold the business and transitioned into semi-retirement in the Myrtle Beach, SC area where he worked for Hilton Resorts and other hospitality companies. John had a passion for life and loved his family deeply. He loved spending time with his sons fishing, taking drives with his wife in their 1980 MGB, and sitting and cuddling with his puppies His home was always a safe place for his children’s friends or any who knew him and his door was always open. He will be dearly missed by his family and his many friends. John is survived by his wife at home; his 2 sons John Tyson Maynard his wife Margot of Emmen, Netherlands; Ian B. Maynard and his wife Laura of Sharpsville, PA; five Grandchildren, Penelope Maynard, John Liam Maynard, James Maynard, Marcus Maynard, and Jacob Maynard, and a sister Myra Bartley of Myrtle Beach, SC. He is preceded in death by his parents, and his uncle Billy Townsend. Friends will be received at the Ford Funeral Home, 215 East Main Street, Bridgeport, WV on Friday from 11:00 AM – 1:00 PM. The funeral service will be celebrated in the funeral home on Friday, June 4, 2021 at 1:00 PM with Reverend Dr. Ken A. Ramsey presiding. The interment will follow in the Bridgeport Cemetery with the tradition of bagpipes. Condolences may be extended to the family at www.fordfuneralhomes.com. The Maynard family has entrusted the care and arrangements to the Ford Funeral Home, 215 East Main Street, Bridgeport, WV