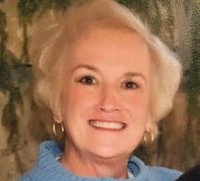 Rosalie Elaine Bee Shaffer, 77, of Fairmont, passed away on Sunday, April 25, 2021 at the Fazio Elder Care Facility in Monongah, WV surrounded by her children and a close friend. She was born August 22, 1943 in Fairmont a daughter of the late Robert L. and Wilson Victoria Howell Bee. She was preceded in death by her husband, Ted Shaffer in 2017. Mrs. Shaffer was a 1961 graduate of Bristol High School in Bristol, WV, as well as a graduate of Fairmont State College and the Fairmont General Hospital Nursing School. She retired as a registered nurse with over fifty years of service that included working at Fairmont General Hospital, working with Dr. Cadogan, and retiring from the William J. Sharpe Hospital in Weston. Rosalie was a past president of A.O.R.N., and had been a traveling Nurse throughout the United States. She and her husband had a home on the Tygart River and enjoyed spending their summers with family and friends, boating and skiing. She is survived by her children, Brian Shaffer of Fairmont, and Elizabeth Shaffer Rollo of Fairmont, her grandchildren, Sydnee Shaffer and Payton Shaffer, both of Fairmont, her sister, Janet Bee of Fairmont, as well as several nieces and nephews. The family has entrusted Ford Funeral Home, 201 Columbia Street, Fairmont with her funeral arrangements. In accordance with her wishes, cremation services will be held and a private family Celebration of Life service will take place at a later date. Online condolences may be made to www.fordfuneralhomes.com.