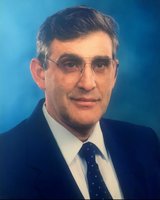 Joseph Junior Bilotta, 79 of Morgantown, West Virginia passed away on March 19, 2021 after a 71-day ICU hospitalization from Covid – 19. Joe had a strong Catholic faith and was a member of Saint Francis DeSales Church of Morgantown, WV. He passed away peacefully in his sleep with his wife and three daughters by his side on March 19th , which would have been his mother’s 115th birthday. March 19th is also St. Josephs birthday - the day celebrated as a Roman Catholic feast day to St. Joseph, the patron saint of workers, family, and the dying for a happy death. Joe was the youngest of five children and born on August 2, 1941 in Kingmont, West Virginia to parents Joseph (Giuseppe) Bilotta and Katy (Caterina) Oliverio Bilotta. He was proud of his Italian heritage, and that his family came to the United States from San Giovanni, Italy. He practiced and passed down many Italian traditions to his children. Joe grew up in Fairmont, WV and after high school he worked at the Owens Illinois factory until joining the United States Navy in 1961, at the age of 20. He served his country and traveled the world aboard the USS William V. Pratt guided missel destroyer, until 1966. In 1968 he married his wife Barbara Ann (Clark) Bilotta, and they moved to Morgantown WV in 1976. Joe and Barbara spent 53 years as best friends and never had a fight, he adored her, and everyone knew it. Together they raised three daughters and had eight grandchildren, and four great- grandchildren. Joe completed his Electrical Engineering degree and worked at the Kennedy Center – Federal Correctional Institution Bureau of Prisons in Morgantown, WV while also serving his country in the United States Army Reserves, retiring from both after 20+ years of service. After his retirement Joe spent his time working on his rental properties in Morgantown and he and wife Barbara opened “Katie’s Coffee” in the Fairmont mall. For the last 26 years Joe fully devoted himself to his role as “Poppy”, spending time with his grandchildren, traveling with his wife and could always be found working in his garden or building in his workshop. Joe was outspoken and firm in his beliefs, he enjoyed a good debate and he loved to tell stories of his youth and family. He shared his wisdom and knowledge by giving lectures to make his children and grandchildren better people. He had a great sense of humor and his family will carry on his beliefs and honor his memory. Although he loved his entire family and was proud of them all, he had a unique and special bond with his grandson Talan Harner who will undoubtedly carry on his memory for generations to come. He was preceded in death by his parents Joseph and Katy Bilotta as well as his siblings Frank (Frankie) Bilotta, Flora Bilotta Lopez, Sammy Bilotta, and Rosa Loucie Bilotta. He is survived by his wife Barbara Bilotta and his three daughters: Joann Marie Burns (Wade) of Morgantown, West Virginia – Mary Jo Bilotta-Wydo (Mike) of North Myrtle Beach, South Carolina and Katie Jo Bilotta of Morgantown, West Virginia. His eight grandchildren: Drake Burns (Annie) of Pennsylvania, Brandon Burns (Blair) of Virginia, Justin Burns (Maggie) of West Virginia, Sydnee Hewitt (Ben) of Georgia, Myka Wydo of South Carolina, Talan Harner, Giazetta Greer Bilotta, Guizeppie “Zepp” Bilotta Thorn of WV and his four great grandchildren Blake Hewitt, Brooke Hewitt, Piper Burns and Brooks Burns. Per Joes wishes, he was cremated by Ford Funeral Home in Fairmont WV. His remains will be buried at a private family burial at the West Virginia National Cemetery in Grafton, WV with military honors.