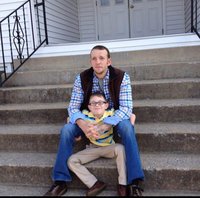 Preston “Beep” Scott Swann, 38, of Rivesville, passed away on Wednesday, February 17, 2021 in Fairmont. He was born May 19, 1982 in Fairmont, a son of Douglas C. Swann, of Rivesville, and Lynnette Kennedy McQuain and her husband Jim Bo McQuain of Lost Creek. Preston was a 2001 graduate of East Fairmont High School. He had worked with Micon Coal where he served as a roof control specialist including construction of ventilation seals. He had later worked in construction with Creed Construction. Preston loved to golf at Apple Valley golf course, especially with his father. He enjoyed riding his motorcycle anywhere and everywhere, any chance he could get. He was a member of the Pagan motorcycle club. He was an avid and talented drummer. Preston especially loved to spend time with his son who meant the world to him. Beep lived his life to the beat of his own drum and will be remembered as such by all who loved him. In addition to his parents, Preston is survived by his son, Bryce W. Swann of Rivesville, his siblings, Jason C. Swann and his fiancé Courtney Cummins of Fairmont, Amber and her husband Robert Hyde of Washington state, Mariah A. Swann and her fiancé Crystal Miller of Fairmont, Jamey McQuain, and Collin McQuain both of Lost Creek, and his nieces and nephews, Owen C. Swann, Channing, Brady, Gianna , and Ella Hyde, and Landon, Azelyn, and Abel McQuain. He is also survived by his companion, Leah Stackhouse of Fairmont, his maternal grandmother, Judy Peterson of Grafton, his aunts and uncles, Scott and Donna Swann of Rivesville, Ed and Kay Moore of Fairview, Randy and Joeline Swann of Rivesville, Donna and Bo Bartlett of Monongah, and Denise Moore of Barrackville, as well as many cousins, and the mother of his son, Whittney Yerace of Fairmont. Preston was preceded in death by his paternal grandparents, William and Patricia Swann, as well as his maternal grandfather Walter Kennedy. Memorial donations may be made to his Go Fund Me account at http://www.gofundme.com/in-memory-of-preston-beep-swann The family has entrusted the arrangements to Ford Funeral Home, DeGarmo Chapel, Second and Jasper Streets, Rivesville, WV 26588. Due to the Covid-19 pandemic it is required that masks be worn and social distancing be maintained for all arrangements. Visitation will be held on Wednesday, February 24, 2021 from 12 noon until 8PM and on Thursday, February 25, 2021 from 10AM until 1PM in the funeral home. The funeral service will be held in the funeral home at 1PM with Reverend Stanley Merrifield officiating. Interment will follow at the Monumental Cemetery in Monumental, WV. Online condolences may be made to www.fordfuneralhomes.com.